KEPT PUTTING THESE 2 BROOKLYN HUNTS OFF!

The first one is a collection of trucks and odd cars in the area and I know of the guy for over 30 years. I noticed at least in my area people get a little discouraged and just content having classics around. Its a pain to get the vehicles out then deal with traffic or friends lost interest and you find easier to just attend a show in your everyday transport and not worry. 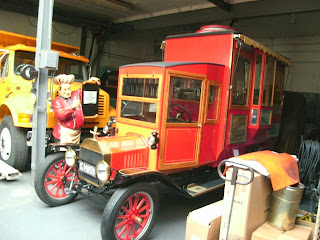 This is as far as the covers came off, some were buried and I got a description! 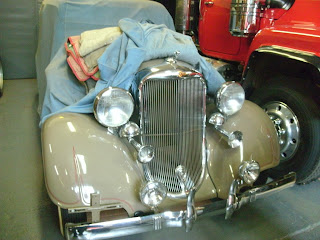 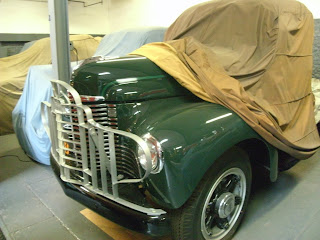 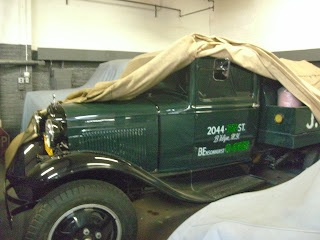 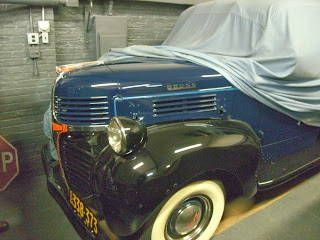 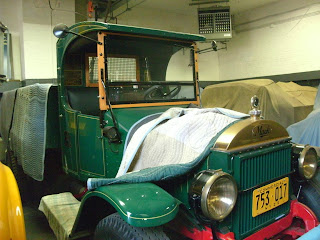 This is an actual FBI J. Edgar Hoover limo. 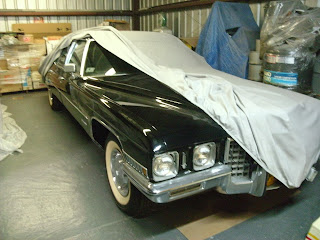 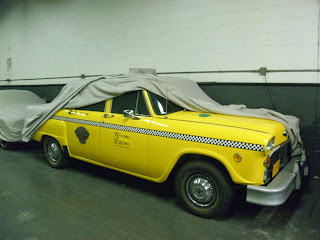 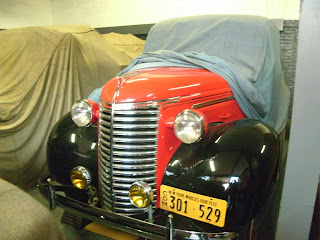 I could kick myself for not getting to this next one below sooner, passed it all the time. A dinghy Sunday AM with a few errands to run and knowing its easier to get around this area now instead of later in the day. Once was a used car lot, I suspect maybe that of a new car dealer way back? It was not uncommon in the last 10-20 years to see the entire front row full on 50's cars with a heavy lean on wagons. 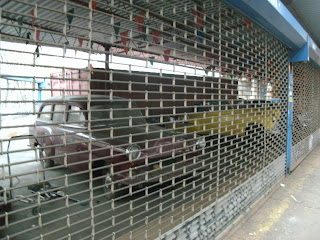 At least I did make it there because today the lot was empty and looks like some changes to the property are coming. Never put off things because a few years back this place was full of old cars! 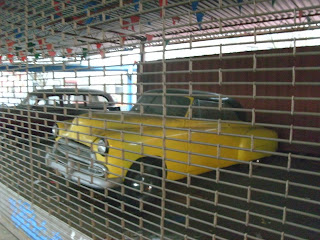 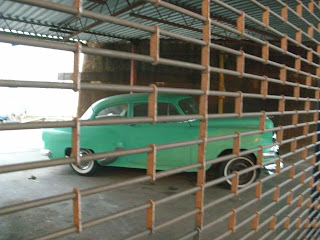 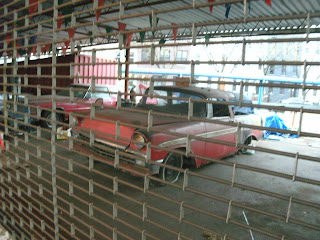 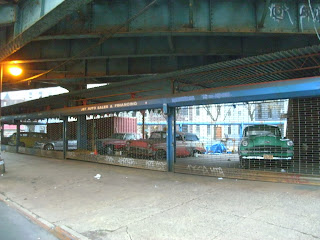 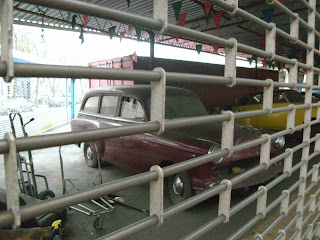 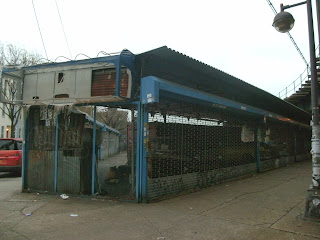 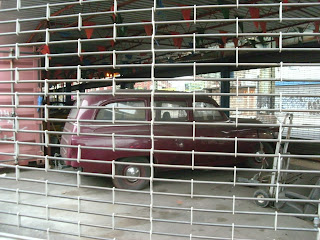 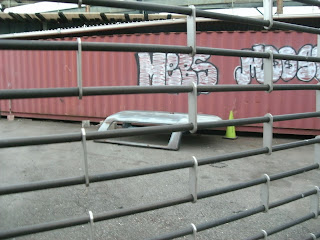 It never was a junk yard and kept pretty neat and organized. 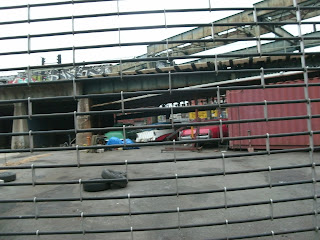 That is an old chassis up against the corporate Headquarters. 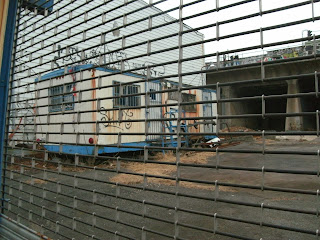 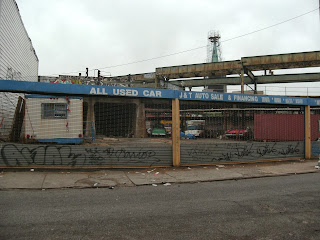 From what I have heard the owner is a well known local and probably is getting up in years and soon this will be gone. 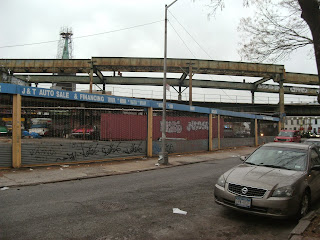 This one puzzled me for awhile and still does. 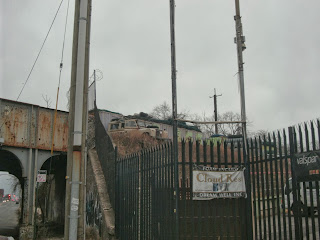 As a kid I may have wandered on to these old train tracks and there are a bunch of train bridges, but never thought about it much. I noticed a vintage Land Rover sitting up there and there is an old International Scout down in the lot too? 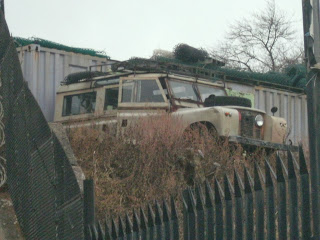 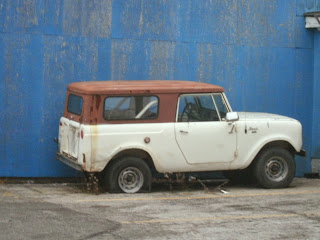 The building in front of the Scout was a Wetson's Hamburger fast food place although others argue that, but it was even orange until about 8 years ago. They were around from 1959-1975
They looked like this. 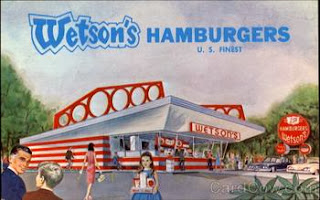 One still looks the part on Sunrise Highway in Valley Stream or at least at the NYC/Long Island border, but its a cell phone store I think at the moment.
OK back to the train tracks.I got curious and went to Google Maps, If you follow those tracks south they eventually dead end in the Brooklyn Army Terminal at New York bay and directly lines up with the Bayonne NJ Navy Supply and Military Ocean Terminal  which was a major Freight movement facility closed in 1999. Just on the other side of Bayonne across Newark bay is Port Newark and Newark Airport. If you follow the tracks in NY they join up and separate with local MTA lines and branches off to major warehouses, truck depots and train yards. Eventually it joins the commuter trains into Connecticut and keeps going  North and you follow some of them branch off they go no place now or hidden just beyond our sight off major highways. Can spend weeks just following where all the tracks go. I am not sure if any trains still go past that Land Rover, but I did notice a hill ramp built and that's how it got up there and I can almost guess someone is living in that old train up there! One more train ramble, I had worked at Meyer Chevrolet in Middle Village and it actually was the first Chevrolet dealer in NY State, 1919!! It closed in 2011 into its fourth generation, back to the trains- I am in the service department and I hear an elephant and of course co-workers thought I went insane! The building was actually built over an old rail line seldom used at that point, well after I ventured out to prove my sanity I discover the Ringling Brothers and Barnum Bailey Circus train stopped on the tracks awaiting entry to Manhattan so at least I knew I did not go insane! 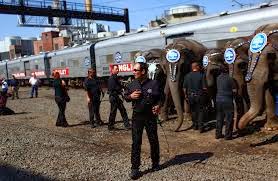 A nice spot on the way home in the last Sunday of December just parked in the street. 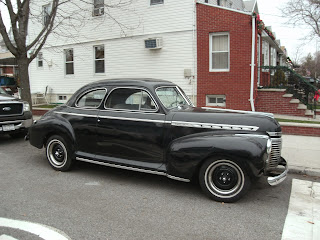 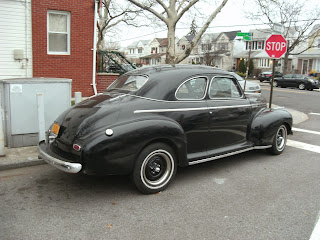 Proves there are still classics to discover even in your backyard!