OH MY, LOOK AT ALL THOSE CORVETTES!

The cars were a prize in a 1989 VH1 contest, yes all 36 Vettes - one of each year from 1953, really! Dennis Amodeo of Long Island did not think too much about entering the contest until he won, yikes! badly thought out contest, what would anyone do with 36 cars? Mr. Amodeo never actually took delivery and sold them to artist Peter Max of NYC. Peter Max had painted a few cars prior into rolling art (?) so the plan was to paint each car and have an exhibit, even better  add the additional cars and make it a 50 car set filling in the missing years! You know how time flies and 25 years later still dormant! Where are the cars? Back track a little = The Daily News printing plant in Brooklyn is closed and converted to condos, truck garage empty so the land lord strikes a deal to rent out most of it to Peter Max. As you can see the cars were not maintained and eventually the condo dwellers complained because they could not park their cars so they were evicted and had a few locations eventually ending up in upper Manhattan in an undisclosed location. No care taken in the transport and of course the cars are wasting away sentenced to death I believe. Could this be the next crazy auction like Lambrecht Chevrolet in Nebraska? 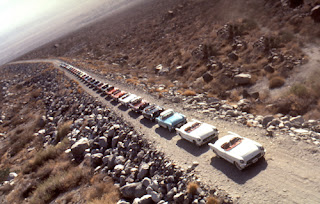 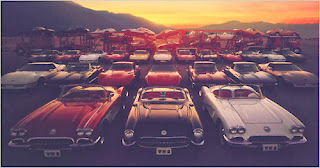 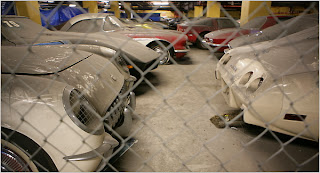 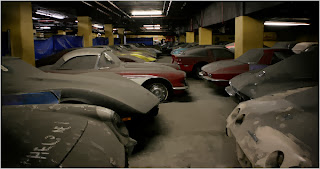 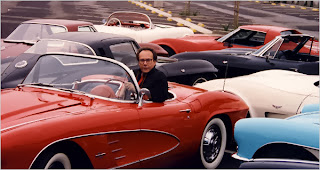 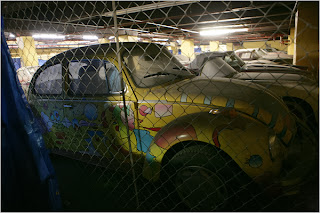 The Volkswagen is a test run I guess? 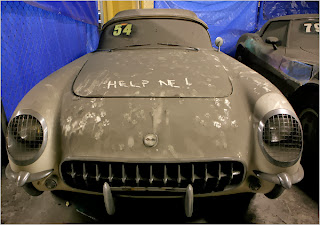 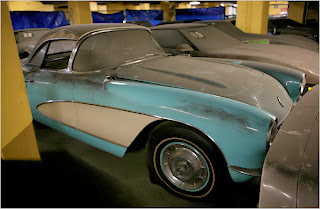 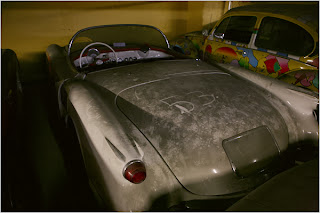 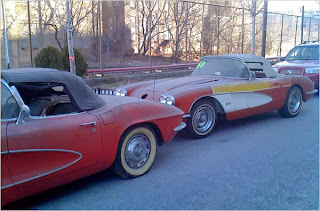 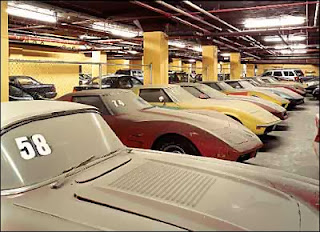 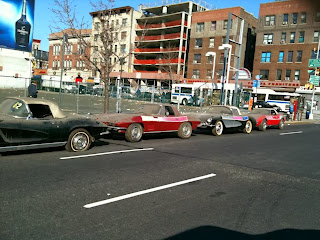 Hats off to the guys at Digital Corvettes because they found the cars again, they have offered to help maintain them and that received no interest of Peter Max! 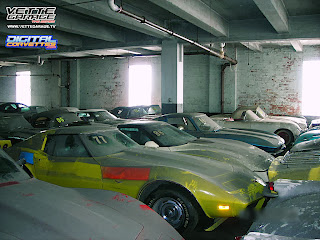 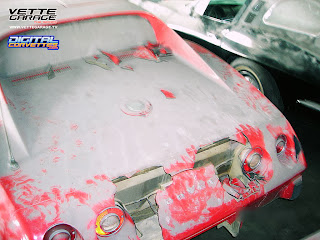 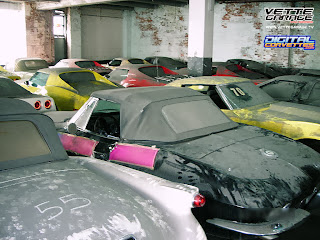