SMOKY MOUNTAIN CAR MUSEUM, THE FINAL CHAPTER AS ONLY CARHUNTER CAN FIND!

Over the last five years CARHUNTER has been blasting the Smoky Mountain Car Museum in Pigeon Forge Tennessee for never being opened during the largest car events just outside it's door! 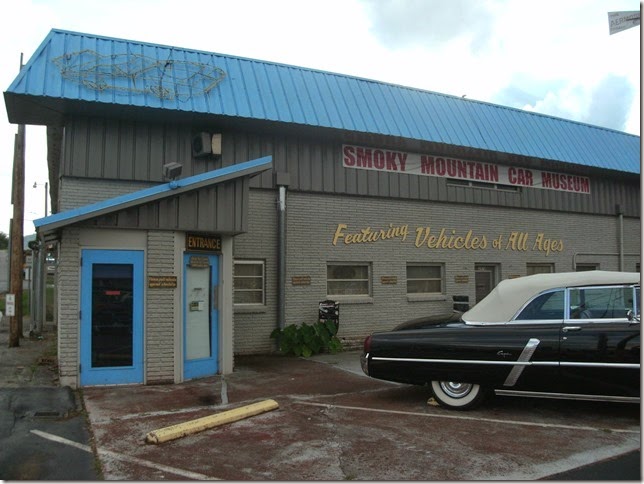 A sign pops up this fall announcing the property is up for lease, LEASE? 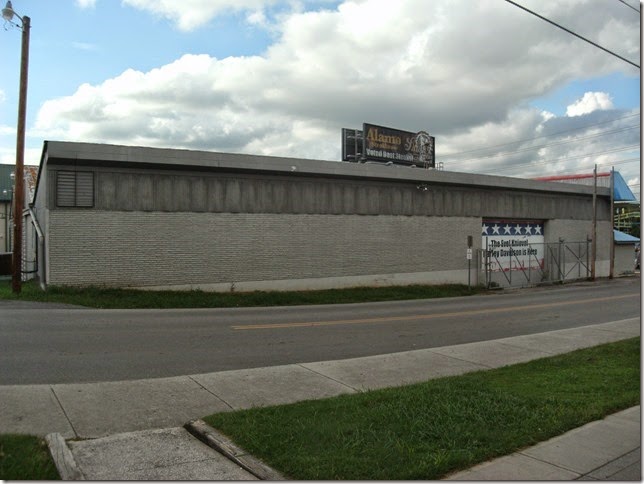 The owner had passed away about 5 years ago as per locals? 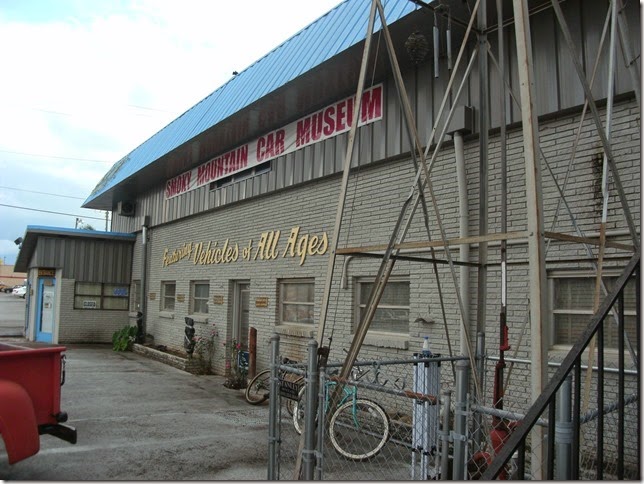 You may be saying that explains why the museum was never open, it does not because prior to the owners passing they would not open until after the spring rod run and closed just before the fall rod run. 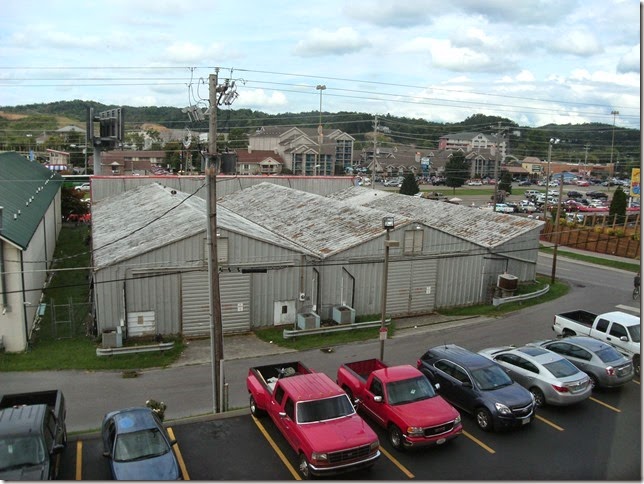 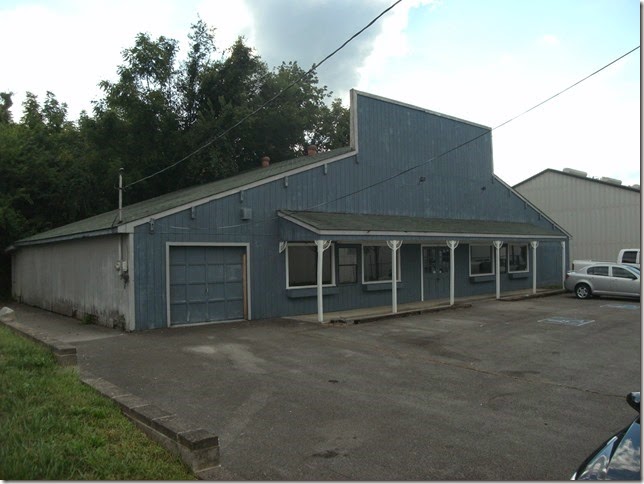 The first building operated once as a craft shop and was mandated by code to provide overflow parking for the museum- it is included in museum property lease. 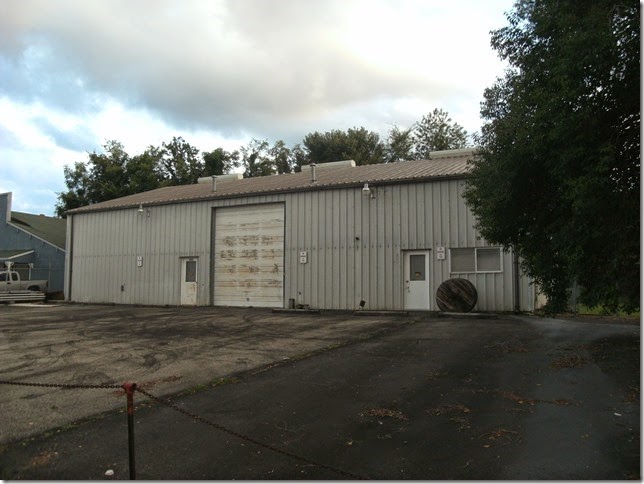 The second building was their restoration shop and reported to still house a Duesenberg in process of restoration, building and Duesy not being offered with the museum.
All of the interior shots are dated and taken from Internet searches, have not spoken to one single person that had been in there in the last 5 years. 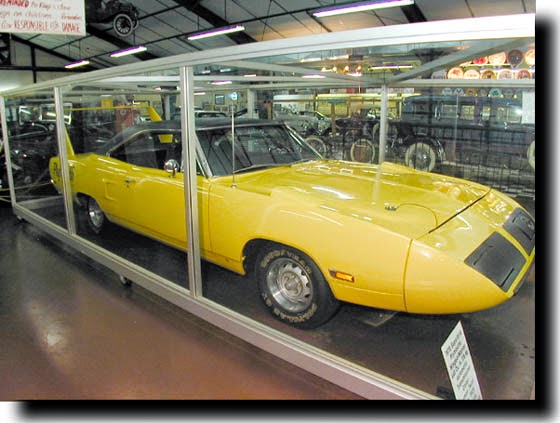 That little mouse in my head is always working it and I start thinking it may be a great business venture to get this museum up and running again since I am planting some roots down here now. 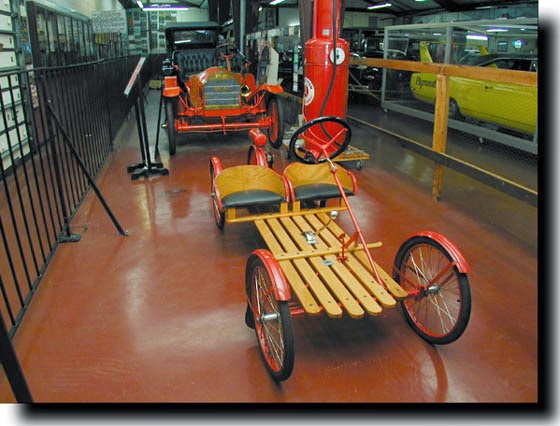 I find out the museum is in disrepair with a leaking roof and inactivity for years, what cars are still present and are they willing to sell them? 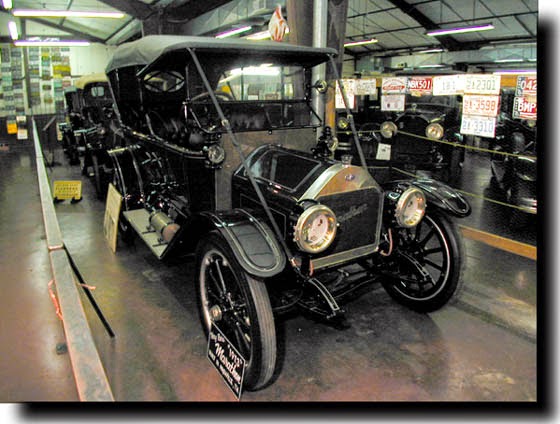 I try to arrange an inspection and am met with resistance from the realtor who has not one interior photo of the building. Before any inspection can be made a full financial disclosures must be made and seem to think the resurrection of the museum is not any ones concern. They are looking to lease to a national chain of some sort. maybe a restaurant or retail store. CARHUNTER never made it in and to be honest this was about a 50% split between actual interest in a business venture and making it into the museum for a blog. 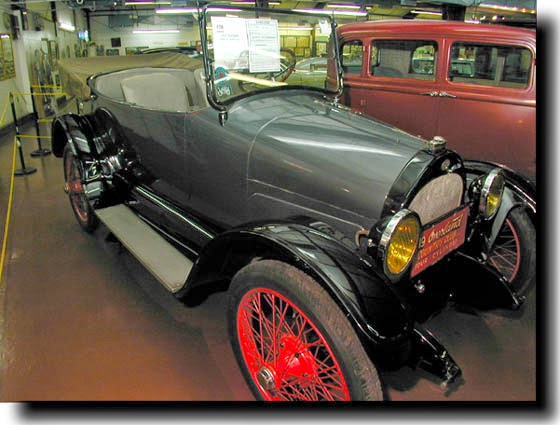 Leasing the property as an investment just makes no sense 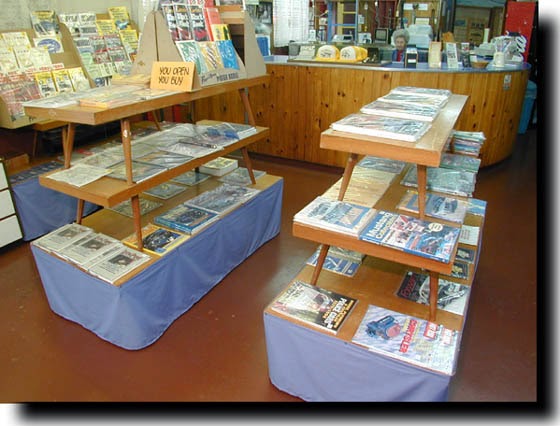 Pigeon forge is changing and some of the older venues are closing so judging what kind of traffic would this museum draw is very hard to judge certainly not enough to pay a lease? 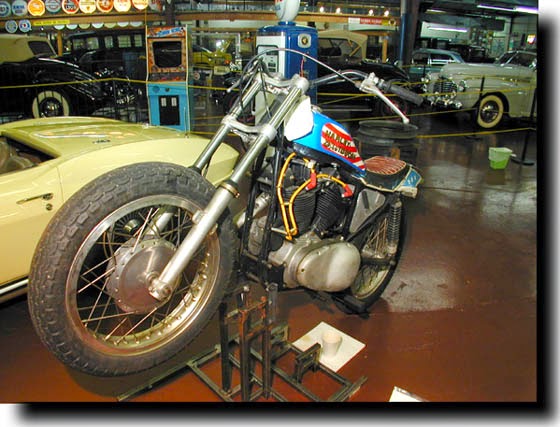 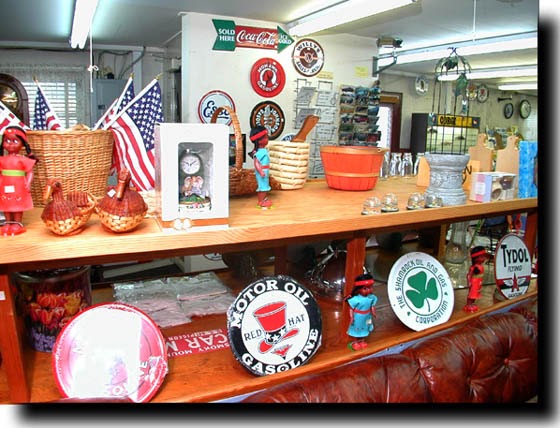 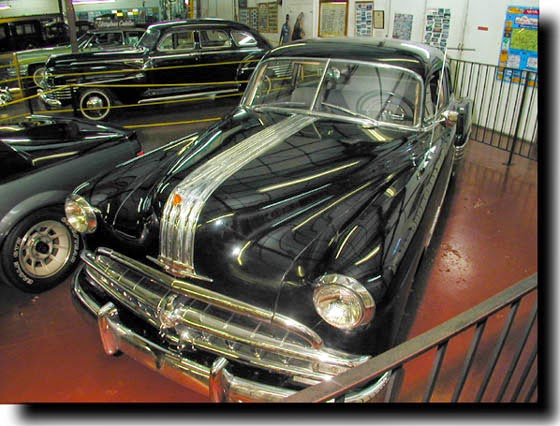 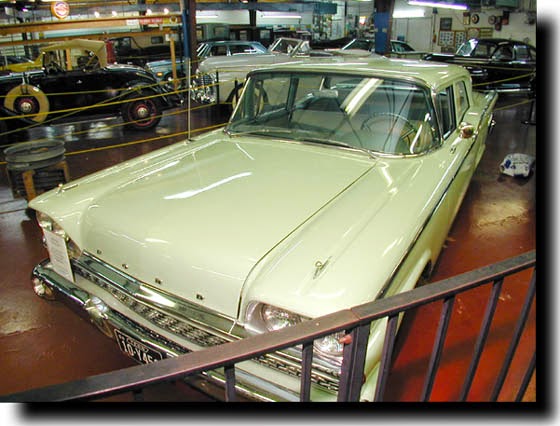 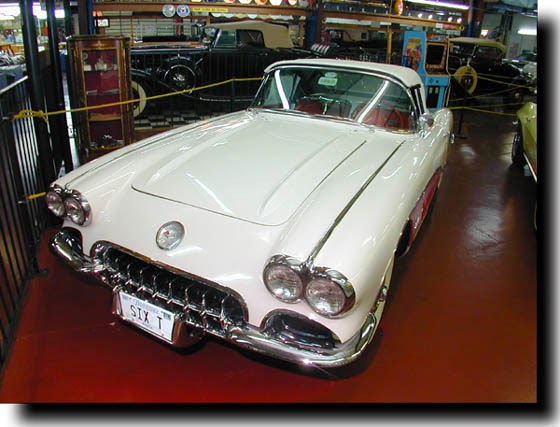 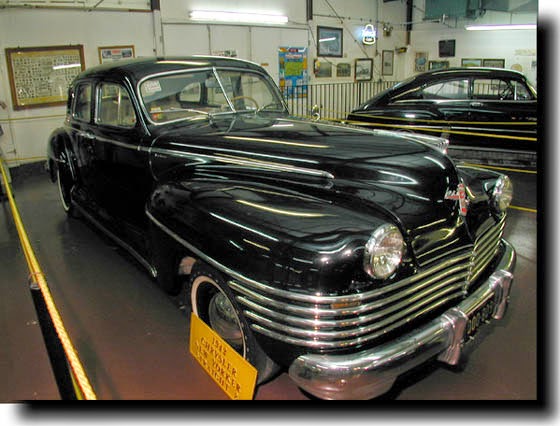 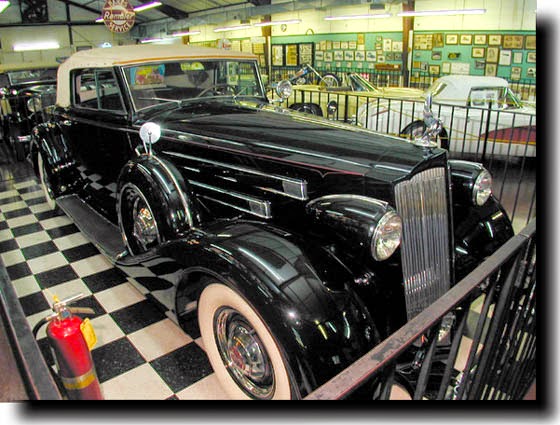 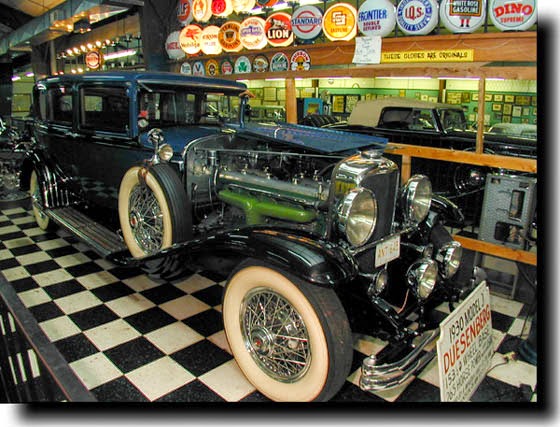 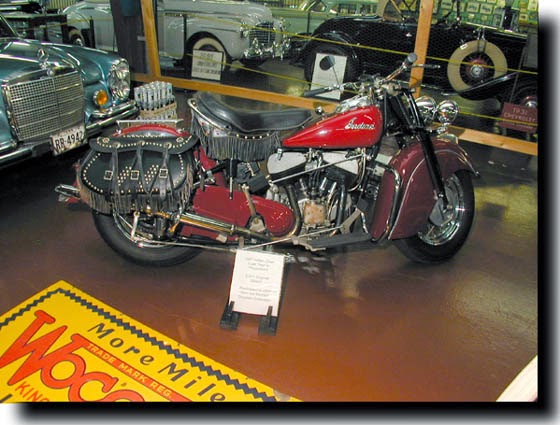 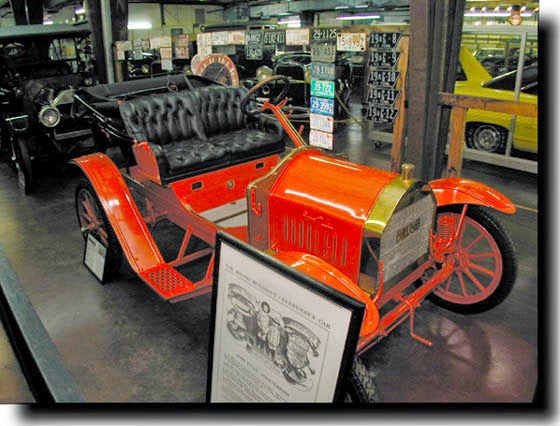 There are some almost home made billboards still scattered around the area, I should have stopped and grabbed some photos! 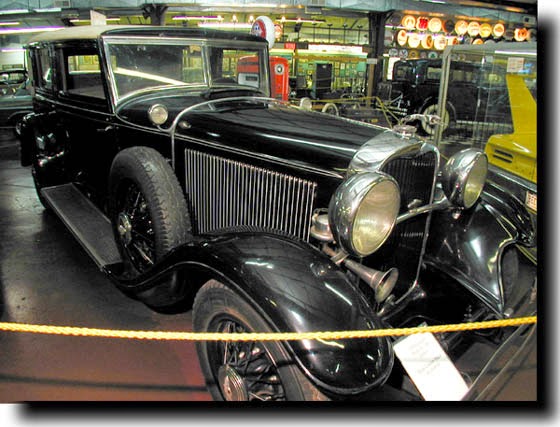 In simpler days the museum probably did well, but it was more of one mans personal collection and passion and not started as a business venture, he probably owned many a property purchased back before the Pigeon Forge tourism explosion, the concept and building are very dated now 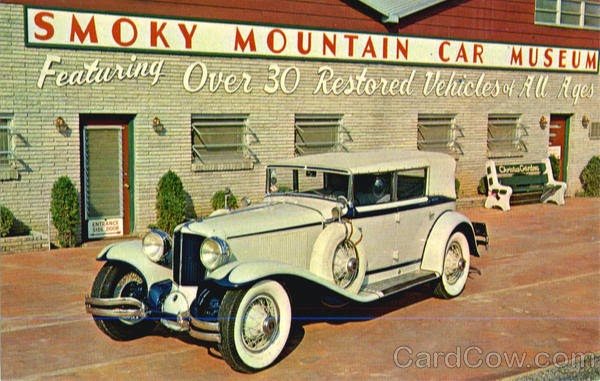 It would be hard to loose the reputation the museum wound up with and the list of cars I attained that the family will sell did not include the most valuable and interesting! 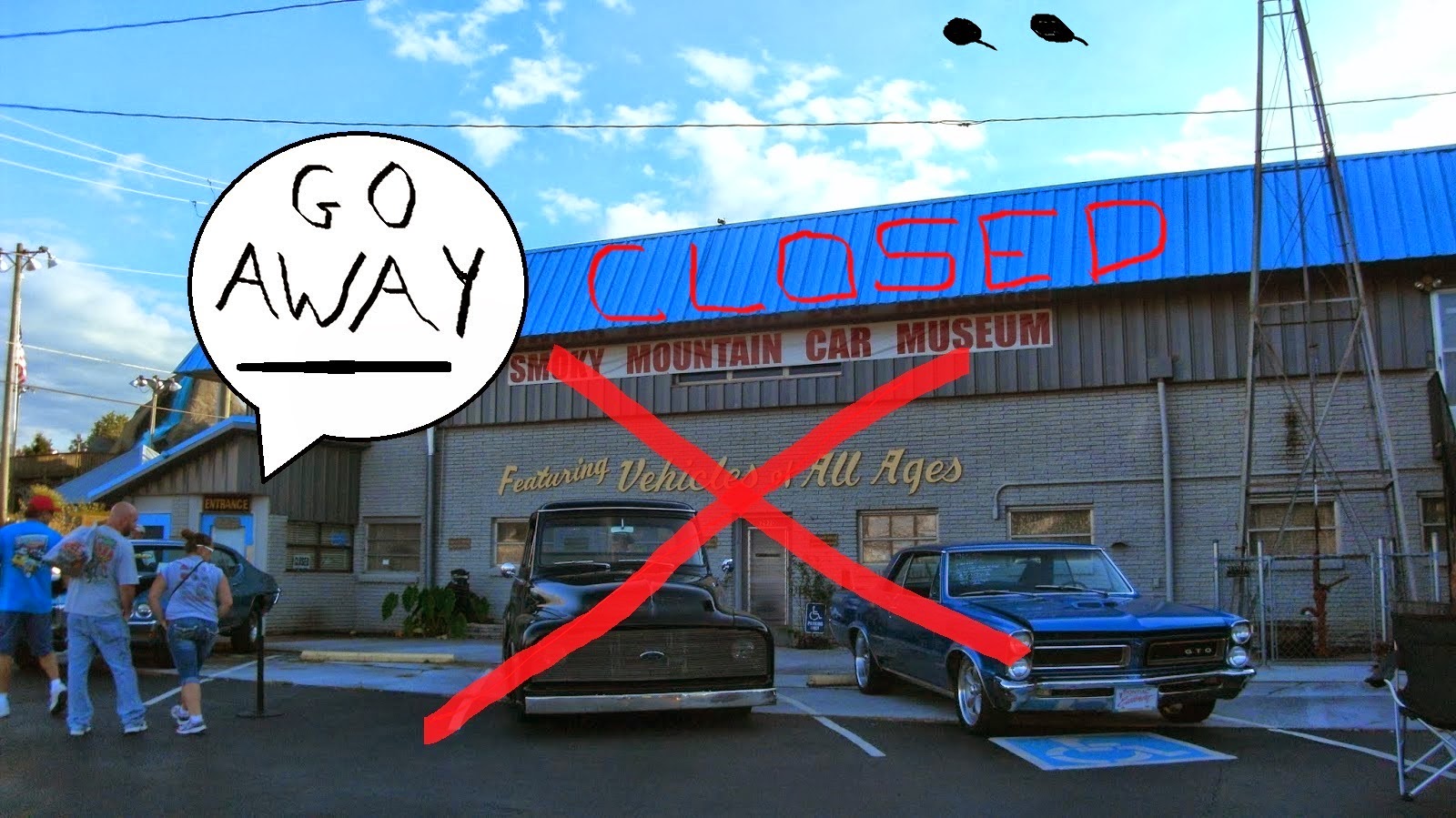 The property came back to a management firm and linked to Atchley Family Funeral Homes so that may explain how it was funded! 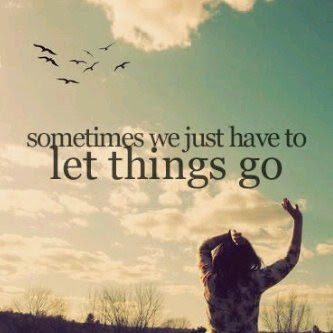 I found this still up on the site, did the family operate the museum for a few years??
CLOSED AS OF JULY 12TH, 2012
TENTATIVELY REOPENING LATER IN 2013 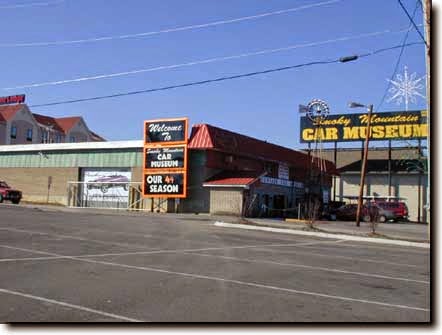 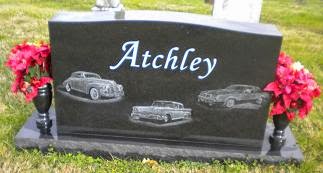 Finding the roots of this museum have been tough, but tracing ownership of the museum property records came up with Bruce H. Atchley Jr. and not much else about him. 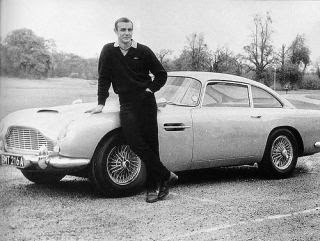 Some very famous cars were at one time in the museum
XXXXXXXXXXXXXXXXXXXXX
2019 and time for an update, the building is gone and it is a Dollar general now!
There are still faded billboards for the museum out on US 411, I have grab some photos one day of them.

The info that he passed 5 years ago seems to be way off, he passed in 2002 which means the museum may have been closed up and wasting away for 12 years! To be tasteful I just showed the back of the grave as I think it proves he was the car collector 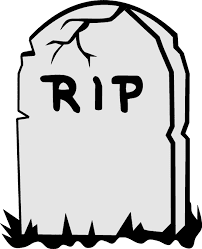 One day I will post a photo of some trendy new business that winds up on the property and I finally concede this is a dead issue, it will never come back to life!
Now if we can get the dozens of helpful websites promoting visiting the museum to update and explain it has been closed for 14 years!! You would think after all this time a sign would be put at the museum or change the message on the phone because it still rings!
I still am not 100% sure of anything,but pretty sure it will never reopen!
Posted by GSONE at 3:30 PM