I was not planning on this blog and it is a short one, a larger blog will slide in later in the week
CARHUNTER sharp eye keeps spotting cars! 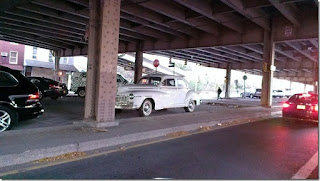 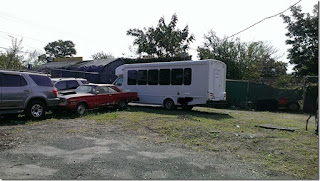 Not unusual to find cars in yards in the craziest places
A retro Stutz, old Caddy, 3rd generation Avanti and a Lincoln 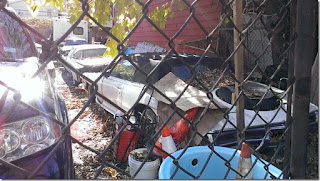 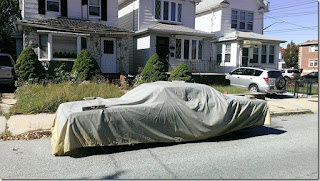 The cover was blown up one day and my guess was 1968 GTX- it sat for a long time and clearly in bad shape- tried to talk to neighbors and all I got was - the owner of the house does not live there.
Finally pulled the cover up and looked at the vin and interior!
My hopes=HEMI, nah 440 4bbl HP 4spd - wrecked interior and motor parts all over the place- a week after my bold move the car disappeared 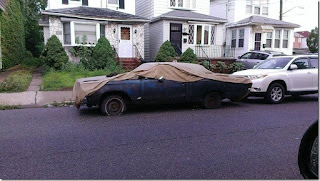 There are parking garages both pay type and under small apartment buildings all over NYC.
A tip turned up over 100 cars which appear to just have been left in the lower parking level just wasting away.
Assumption, owners died and the cars just sat there? 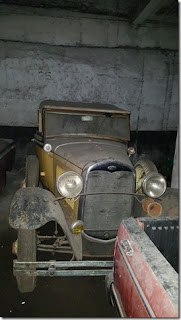 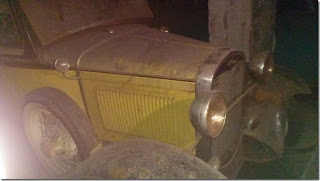 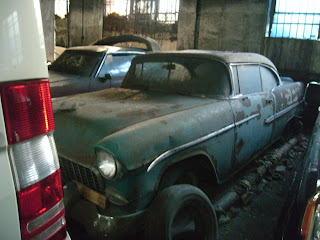 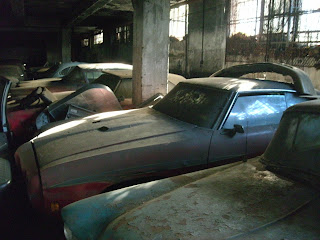 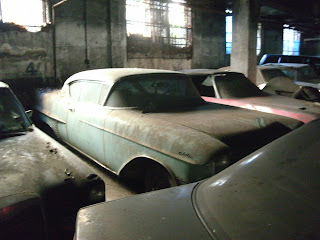 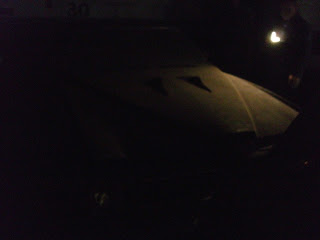 A 1973 GTO somewhere lurking in the darkness 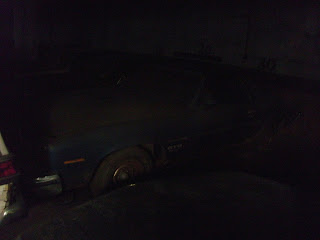 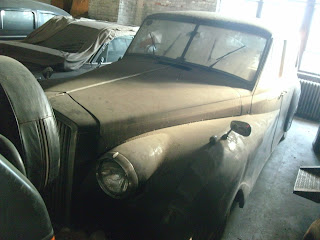 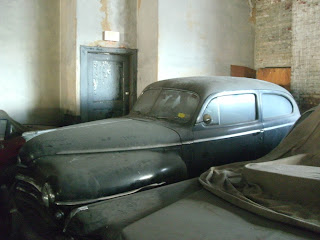 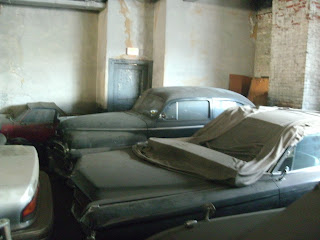 There were Caddy's, Mercedes Benz's, Volvo's,Porsche, VW's and many more.
It was really tough to see them and the mistake was no big flashlight.
There was a 67 Dodge Dart V8 that I barely could even see!
A friend received a parking garage find 39 Packard a few years ago so you never know!!
A late addition I forgot to add
This Barracuda- base model has been sitting here for years- it looks like a total loss to me﻿ 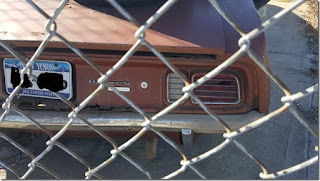 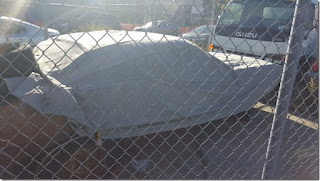 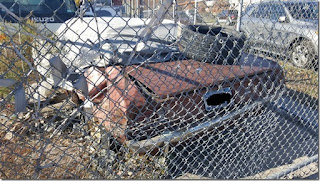