Meet Malcolm Pray who I never met, but knew of.I had been trying to view his fantastic collection up on the New York/Conn. border and knew he was the force behind the Greenwich Concours D'Elegance which is a 2 day extravaganza. Mr. Pray grew up in NYC having nothing as a kid, but always admired fine automobiles and eventually became a dealership mogul. His big heart never was short of giving and in memory of his son who was killed in a car crash. He built a center where young children could be influenced and guided to be successful and took great joy in showing his cars to young people. He recently passed away at the age of 84 from complications from a stroke a few months back.Watch the video, a nice tribute to great man. IF YOU DO NOT SEE A VIDEO LINK HERE CLICK ON CAR HUNTER AT THE BOTTOM OF PAGE AND GO TO THE BLOG DIRECTLY! 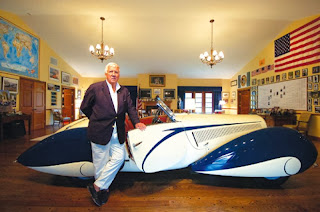 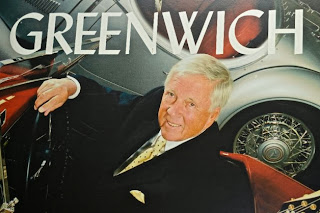 Years ago I would not pay much attention to cars older than the 50's and then maybe with age I gained a true appreciation for pre-war cars. I often hear people proclaim they are not interested in these fine automobiles. It is true most of us can not afford these type cars, but if you are a true enthusiast take the time to absorb one of these! I have been trying to put at least a dozen car folk together to request a tour of another local collection for 2 years and it has fallen flat, the owner also passed recently. Why not take your classic out with a small group and burn through a tank and let it breath, oh well.I realize of course family will be taking care of Mr. Prays estate and I hope he had a plan that may include a museum so we can enjoy his treasures in his memory!
Posted by GSONE at 3:42 PM